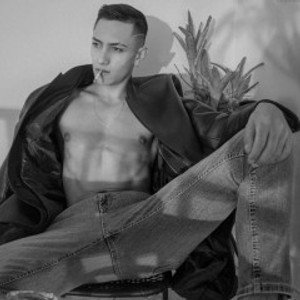 Hello brothers and gay porn amateurs. Here’s your dedicated friend Raymond Oropeza bringing you again the best scenes from gay porndom.  I don’t know if you’re like me, but I’ve always been quite excited by massive black cocks and the slender athletic body of ebony twinks getting down and dirty. The scene I’m bringing you here starts with a pretty and lean barely legal black boy who lovingly pours oil on his muscular friend’s back and proceeds to fully relax him with a loving massage. The massaged guy doesn’t seem much older than his friend even if he’s bulkier and we can soon observe that the caressing hands roaming over his back are starting to arouse him more than a little.Indeed, by then his buttocks are waving up and down under the towel that’s covering them.One can imagine that his cock is beginning to harden against the mattress, but no imagination is needed to notice that the masseur’s tool is swelling within his tight-fitting powder-blue shorts and that it is going to be quite impressive when it gets in full bloom.

Straddling him, he then makes the towel slip off his buddy’s buttocks and we can see the firm brown cheeks rise to meet the fondling hand that caresses them before lustily sliding between the thighs to cuddle his balls. As he admires the athletic body that is clearly offered for more than a massage, he rubs more oil on the mouth-watering buttocks as he slips out of his shorts.Sensing that he’s going to get his excitement well taken care of the massaged pushes himself up on all four and let the inquisitive hand play from behind with his thick black dick which is already fully erect by then. Unable to hold back anymore, he then rolls on his back and lets his friend oil his thighs, belly and cock before proceeding to lovingly stoke his proud manhood to full glory. As the masseur takes a moment to rub the oil in his chest and belly, the passive guy becomes active and, while jerking his own cock with one hand he grabs his friend’s meat with the other one. After that, one straddles the other and, as they passionately kiss, they rub cocks one against the other. Then the bottom rolls over the other one and becoming the top starts to greedily suck his throbbing dick and bring him to a shuddering climax.