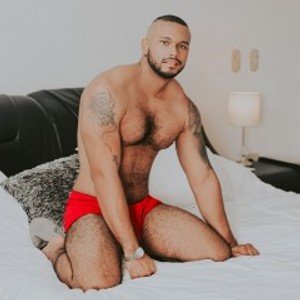 With the Superbowl just around the corner people are organizing their Superbowl soirées. For some it’s popcorn and beer and for others it’s chardonnay and appetizers but what-ever the gathering, everyone loves to look at the once a year Superbowl commercials. Some gather for the game and some, like me, gather for the high budget over the top commercials. Of course we can watch them on YouTube a few days after the big night but nothing compares to watching it live, plus we just might get to see Justin rip someone else’s top off.

Through the years we’ve seen commercials evolve and competition for the best Superbowl commercial is always a very fierce one. Sometimes company’s get carried away and go overboard therefor are banned by the Superbowl review committee which subsequently still gives them maximum exposure due to the media attention they receive. So what’s actually better? Getting banned or spending millions of dollars to get your add to aired?

We have searched the Superbowl commercial archives and have come up with the top 5 gay commercials to ever have been made for the Superbowl. Some commercials made it and some didn’t but I like them either way. Maybe this year LGBT viewers will finally get a chance to see gay commercials appear on TV instead of being put aside and forgotten. A commercial should be judged on its quality not on its sexual orientation.


GoDaddy is a major runner in the internet industry but we rarely see their commercials on TV. I actually think they purposely go a little too far so they can get banned and use the media attention instead of investing an unhealthy amount of money and avoid paying millions to air during the big game.

This 2010 add is definitely not to be taken seriously. A flamboyant ex-NFL player decides to change his name to Lola and start his own designer lingerie company using GoDaddy. It’s not the best commercial but it’s cute and silly and that’s always great for a little giggle. Unfortunately CBS decided that they would not air the commercial. Why? We simply don’t know or understand, but we can get a hint when we realize it’s the same year that the ManCrunch commercial vas banned. No gay commercials for CBS in 2010, way to keep an open mind.

NUMBER 4 – GET TO KNOW US FIRST


Before the ban on “Advocacy ads” was lifted by the NFL in 2010 an NBC affiliate in Los Angeles categorically forbid this add for “Get to know us first” from airing. It was definitely a shame that they refused to air this commercial while other advocacy adds where granted airing time. They chose to air commercials addressing smoking and steroids but put a stop to the airing of this great add about the joys of gay parenting.

These two amazing and in love men have 5 happy children and explain a tiny portion of their happy story. Of course since these 2 amazing dads are gay it was not allowed to appear. What a waste of a great commercial with an honorable message. Yeah we all rather hear about beefed up men on steroids than a happy successful family. NOT. We want to hear about Xavier, Michael and their family.


In 2010 Mancrunch, a gay dating website decided to take a whirl in the Superbowl ads race. Unfortunately for them and thousands of gay viewers the following commercial did not make it to airing. That year CBS aired a 30 second “Pro Life” Commercial but once again refused to air a gay oriented ad.

Two football fans watching a game accidently touch hands and sparks fly. They jump on each other and show each other the affection they have for one another. The look on the other guys face is definitely priceless and it is a funny add. I thought it was unexpected, cute, funny and smart. CBS really needs to get a grip, open up their minds and think outside the box because gays aren’t going away.

NUMBER 2 – DORITOS –TOO GAY FOR FRIT-O-LAY

Frito-Lay is known for their original commercials and over the top ideas. They usually aren’t afraid to send a message or to provoke thought. In 2011 Frito-Lay had a consumer contest where contestants could submit their own commercial for judging and the public decided which ad was worthy of their famous Dorito chips. Unfortunately for us gay folks, the contest got a little to gay for Frito-Lay and they decided not to air both publicities that had made it to the top.

This year they repeated the “Crash the Superbowl” experience and let’s hope they are a little more open minded about their choices. I especially hope this year’s finalist “Fashionista Daddy” makes it to the Superbowl. It’s funny, cute and well, seeing a man dressed in woman’s clothes is not bad at all, especially his wife’s wedding dress! I think it is by far my favorite contender in the finalists they have chosen.

It’s too bad Frito-Lay undermines the concept of having gay oriented commercials because these commercials are really funny and I think that people of every stature would have had a good laugh and would have like them. Way to be original Frito-Lay, you can’t keep gays in the closet for ever!

We finish our countdown with a video that did air at the Superbowl. Snickers decided to use the old Lady and the Tramp trick and get two mechanics to kiss in spite of themselves. After the impassionate and accidental kiss they need to prove to each other they are real men and that means doing extreme macho things real men wouldn’t ever do. They really take manliness to the next level. Unlike the LGBT activists I thought it was funny as hell to see two guys try and act way to manly and the efforts they go through to prove they are not gay. The head banging under the hood is definitely awesome. Wow, the efforts men go through just to assert their manhood thank god we gays don’t have to go throughall that!

Either we like or we don’t like, doesn’t matter, these 5 Superbowl commercials are seriously gay and it was about time that we get a little something during the biggest game of the year. Maybe one day all commercials will be aired whether CBC likes them or not. I think that those taking the decisions of not airing a gay oriented commercials are the ones with the issues, funny enough none of my hetero friends barfed or committed suicide watching these gay commercials, they actually enjoyed them so who are they to decide? It’s time they wake up and let good commercials in whatever their sexual orientation.